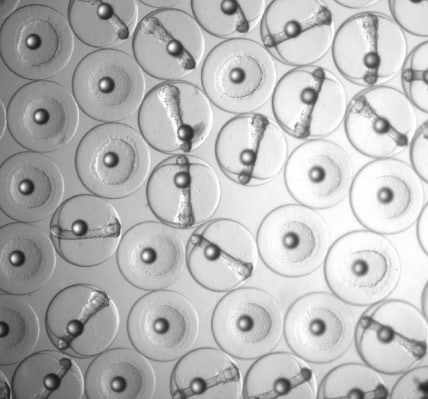 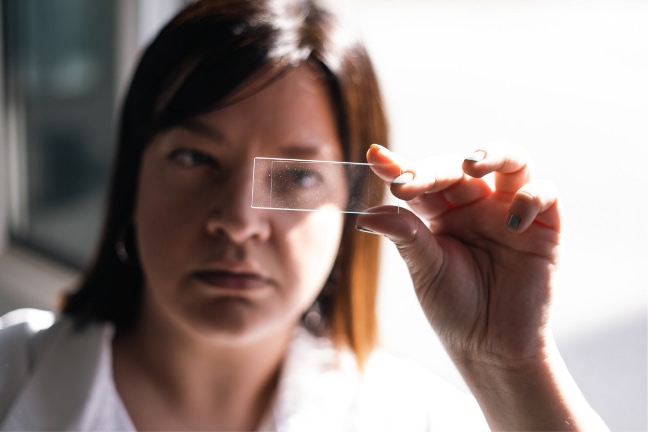 We focus on applied research and innovation. We aim to further enhance our products and services through partnerships with research centres and universities. We break new ground for the advancement of the aquaculture industry.

Our Research and Development team focuses on:

Assuring the health of farmed aquatic species goes along with our ongoing commitment to optimise productivity and reduce costs for the benefit of our customers.

Participation for the advancement of aquaculture

Development of breeding and culture protocols of meagre (Argyrosomus regius) as a measure to enhance the competitiveness of fish farming with the introduction of emerging species. (https://kranios.weebly.com/)

KRANIOS was a national scientific program funded by the General Secretariat of Research and Technology (ΣΥΝ09-24-424) and coordinated by the Institute of Marine Biology, Biotechnology and Aquaculture (IMBBC) of the Hellenic Center of Marine Research (HCMR). This scientific program aimed to the provision of new knowledge that would allow the cost-effective intensification of meagre farming in Greece and the Mediterranean region. Our role was the design, development, and production of innovative diets. The duration of the program was three years (2011-2013).

Reproduction of Atlantic bluefin tuna (Thunnus thynnus) in culture conditions and production of fingerlings for grow out.

THYNNOS was a national scientific program funded by the General Secretariat of Research and Technology (9SMEs2009) and coordinated by the Institute of Marine Biology, Biotechnology and Aquaculture (IMBBC) of the Hellenic Center of Marine Research (HCMR). This scientific program aimed to improve the methods of broodstock management of bluefin tuna and the production of excellent quality fry. Our role was the design, development, and production of an innovative broodstock diet in order to encourage reproductive maturation. The duration of the program was three years (2011-2013).

Exploring the biological and socio-economic potential of new/emerging candidate fish species for expansion of the European aquaculture industry. (http://www.diversifyfish.eu/)

DIVERSIFY was funded by European Commission under the Seventh Framework (FP7) Programme of the European Union 7FP-KBBE-2013-GA 602131 and coordinated by the Institute of Marine Biology, Biotechnology and Aquaculture (IMBBC) of the Hellenic Center of Marine Research (HCMR). The fish species that were studied included meagre (Argyrosomus regius) and greater amberjack (Seriola dumerili) for warm-water marine cage culture, wreckfish (Polyprion americanus) for warm- and cool-water marine cage culture, Atlantic halibut (Hippoglossus hippoglossus) for marine cold-water culture, grey mullet (Mugil cephalus) a euryhaline herbivore for pond/extensive culture, and pikeperch (Sander lucioperca) for freshwater intensive culture using recirculating systems. Research was carried out in the scientific disciplines of reproduction and genetics, nutrition, larval husbandry, grow out husbandry, fish health and socioeconomics (including final product quality). The duration of the program was five years (2013-2018).

PerformFish was funded by the European Union’s Horizon 2020 research and innovation program under Grant Agreement no 727610 and was coordinated by the University of Thessaly. It was targeting towards the growth of the aquaculture sector with the integration of innovative approaches and tools for dealing with the biological, technical, and operational difficulties that aquaculture companies are faced with. IRIDA participated in PerformFISH as a member of the committee of technical experts from the industry and supported the efforts of 28 associates from 10 different countries towards the improvement of Mediterranean aquaculture. The duration of the program was five years (2017-2022).

MAGIATIKO is a national scientific program funded by EPAnEK Aquaculture and is coordinated by the Institute of Marine Biology, Biotechnology and Aquaculture (IMBBC) of the Hellenic Center of Marine Research (HCMR). This scientific program aims at improving the methods of broodstock management of greater amberjack (Seriola dumerili) and the production of excellent quality fry. Greater amberjack, due to its high growth potential, is a very promising species for Greek aquaculture which explains the great interest of the fish farming community. IRIDA participates in MAGIATIKO through the design and development of innovative broodstock diets. The duration of the program is 4 years (2019-2023).

FutureEUAqua was funded by the European Union’s Horizon 2020 research and innovation program under grant agreement No 817737 and was coordinated by the Norwegian Institute of Food, Fisheries and Aquaculture Research (NOFIMA). The program’s primary goal was the promotion of the sustainable growth of conventional and organic aquaculture in Europe, in order to deal with future challenges related to the growing demand for high-quality products from the consumers’ side. 32 associates from aquaculture companies, research institutes and universities which came from 9 different countries participated in FutureEUAqua. Our role was the design, development, and production of innovative fish feeds for conventional as well as organic farming of European sea bass (Dicentrarchus labrax) and gilt-head sea bream (Sparus aurata). The duration of the program was four years (2018-2022).

NewTechAqua is funded by the European Union’s Horizon 2020 Programme under grant agreement No 862658 and is coordinated by the University of Bologna. The program aims at the growth and diversification of European aquaculture of fish, molluscs and microalgae by developing and validating solutions of technological advance to secure sustainability. Our role is the design, development, and production of innovative experimental feeds for the organic farming of rainbow trout (Oncorhynchus mykiss), gilt-head sea bream (Sparus aurata) and meagre (Argyrosomus regius). The duration of this scientific program is 4 years (2020-2024). 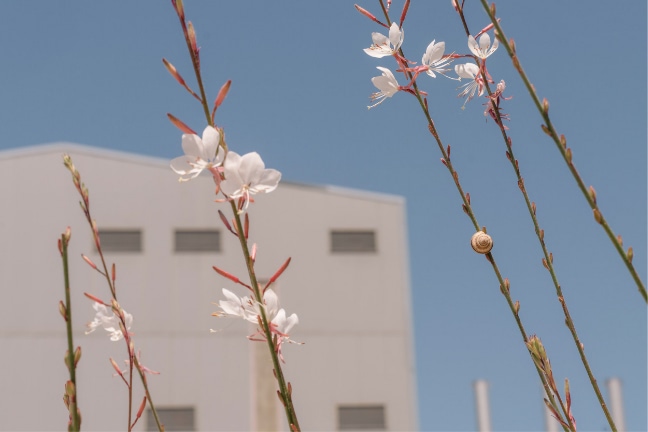 Sustainability is our compass

From providing services to producing fishfeeds, our priorities lie in fully embracing the principles of sustainability and in facing future challenges for the benefit of the economy, society and the environment.

Our approach integrates a series of procedures and initiatives both in our production process and in the company’s value chain. Thus, we identify and improve the impact of our processes, products and services on the three fundamental pillars of economy, society, environment.

THE IMPORTANCE OF SUSTAINABILITY

Please find below our sustainability reports

Sustainability Report 2021
We use cookies on our website to give you the most relevant experience by remembering your preferences and repeat visits. By clicking “Accept All”, you consent to the use of ALL the cookies. However, you may visit "Cookie Settings" to provide a controlled consent.
Cookie SettingsAccept AllRead More
Manage consent

This website uses cookies to improve your experience while you navigate through the website. Out of these, the cookies that are categorized as necessary are stored on your browser as they are essential for the working of basic functionalities of the website. We also use third-party cookies that help us analyze and understand how you use this website. These cookies will be stored in your browser only with your consent. You also have the option to opt-out of these cookies. But opting out of some of these cookies may affect your browsing experience.
Necessary Always Enabled
Necessary cookies are absolutely essential for the website to function properly. These cookies ensure basic functionalities and security features of the website, anonymously.
Functional
Functional cookies help to perform certain functionalities like sharing the content of the website on social media platforms, collect feedbacks, and other third-party features.
Performance
Performance cookies are used to understand and analyze the key performance indexes of the website which helps in delivering a better user experience for the visitors.
Analytics
Analytical cookies are used to understand how visitors interact with the website. These cookies help provide information on metrics the number of visitors, bounce rate, traffic source, etc.
Advertisement
Advertisement cookies are used to provide visitors with relevant ads and marketing campaigns. These cookies track visitors across websites and collect information to provide customized ads.
Others
Other uncategorized cookies are those that are being analyzed and have not been classified into a category as yet.
SAVE & ACCEPT